by PraetorBlue
Supremacy: Four Paths to Power, a turn-based sci-fi strategy PC game based on the Ogre 3d engine (thanks Ogre community) is now available for purchase! You can find out more here:

We've had nothing but support and encouragement from the Ogre community throughout the lifespan of this project, and I would highly recommend the Ogre engine to other PC game development studios. If you want to see what it can do, take a look at some of the screenshots of our game available at www.supremacygame.com (or on matrixgames.com where you can also purchase a downloadable version for just $25!).

Thank you all for your support, and we hope you will enjoy Supremacy!

Sorry, I'm lost for words. Congratulations to you on releasing what looks to be a great game. And to the Ogre team for powering yet another commercial release! I'm not a big strategy fan, but I shall buy it anyway.

Nice one!
by Robomaniac
Awesome job!

I liked what i could play of the beta, and I'm definately gonna buy it, now i just need to cash this check.

/me runs to the bank!

Great Job!
by :wumpus:
Wow, looks very cool. It's exactly the kind of genre I like. I'll buy one asap

by stodge
Screenshots for those behind a corporate firewal??

stodge wrote:Screenshots for those behind a corporate firewal?? 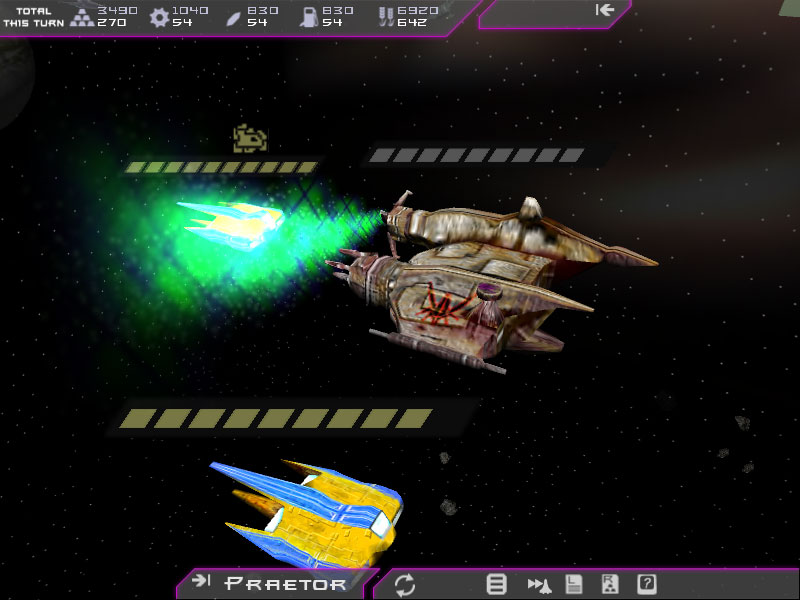 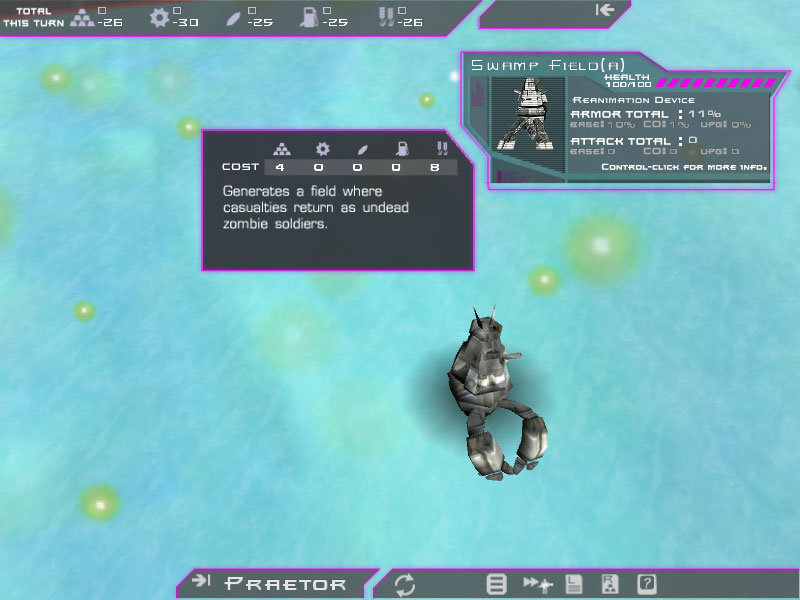 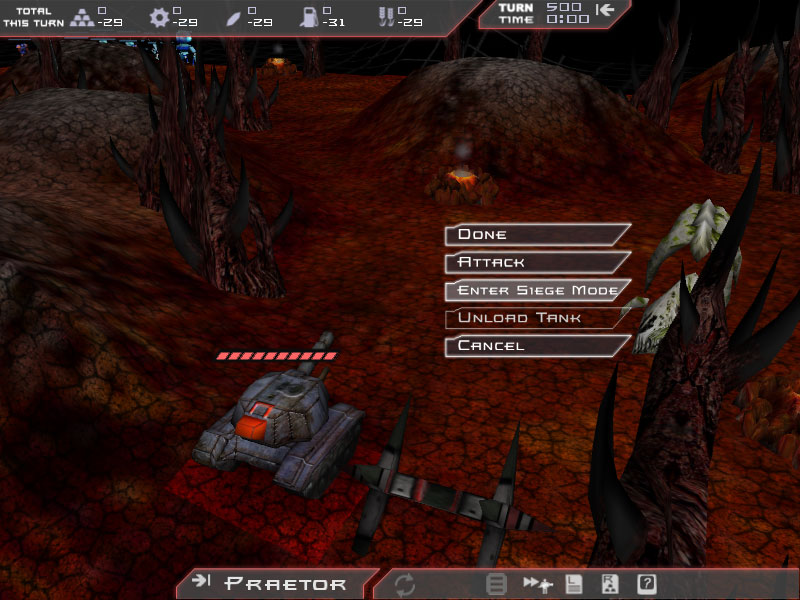 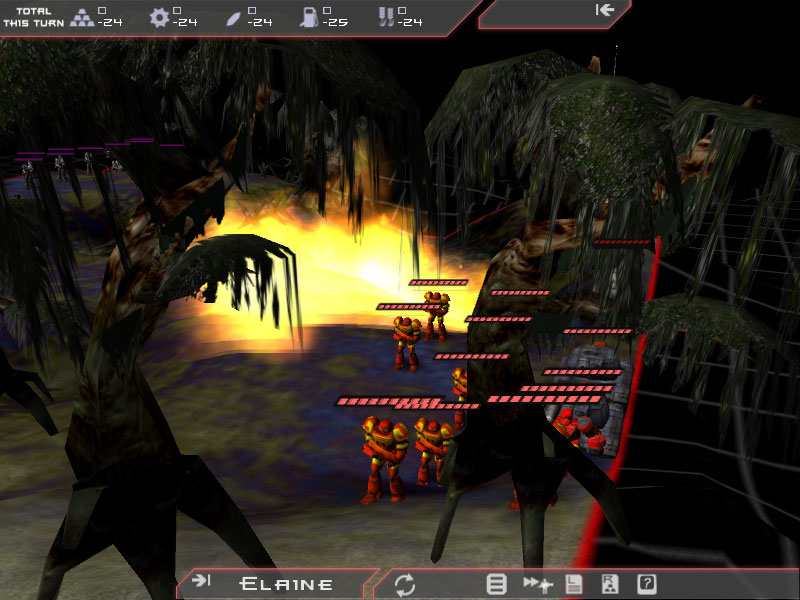 One type of planetary surface: 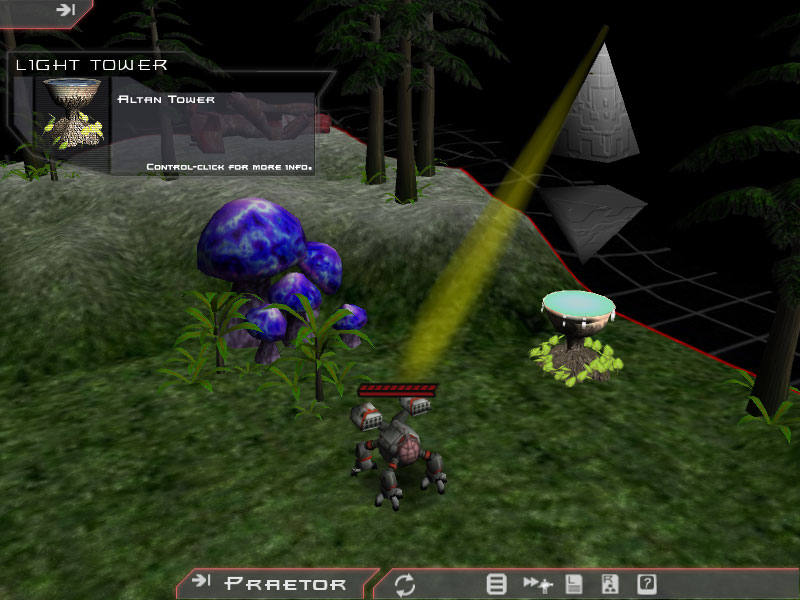 Lots more on www.supremacygame.com when you're not behind the firewall.

by Antiarc
Major, major congratulations! I'm not a big fan of these sorts of games, but I think I may just buy it anyway. =)
by Goosey
Wow. I can't wait to play this, and see what kind of high-quality game can be made with OGRE. Congrats!
by stodge
Stunning!

by johnhpus
Congratulations. Will this be online distributed only or will we see boxed copies in department stores?
by walaber
congrats, this game looks astounding! I wish I had been around when the demo (mentioned above) was released... I guess I'll just have to buy a copy myself

by Rakkis
This looks very cool! I've just finished playing Nexus - The Jupiter Incident and this seems like the perfect game to continue in that same type of setting (For the record, Nexus only centers on space battles and does not include planet surface playing! .. *drool*) .. big congrats

johnhpus wrote:Congratulations. Will this be online distributed only or will we see boxed copies in department stores?

There are no current plants for a department store release, but you will be able to order a boxed version (in lieu of, or in combination with a downloadable version) from Matrix Games in just a few days. If you prefer a boxed version, just wait a few days and go to www.supremacygame.com and click on buy.

- Vance
by sinbad
I'm personally waiting for the boxed version to be available. I think I'll frame it

PraetorBlue wrote:Supremacy: Four Paths to Power, a turn-based sci-fi strategy PC game based on the Ogre 3d engine (thanks Ogre community) is now available for purchase! You can find out more here:

Is there anywhere to download the source for the OGRE libraries?
I've looked and there doesn't seem to be a copy of COPYING with the LGPL anywhere in the directory that I installed supremacy in, or the source code?

Don't you have to accompany the OGRE dlls with a written offer for the source, or at the very least a copy of the LGPL?
There's nothing mentioned in the readme or license agreement in the game about it.
by Clay
You can get the source from the ogre main site. Go to http://www.ogre3d.org, click on "downloads", and the source will be listed there. Supremacy does not have to include Ogre source with the distribution, but I think they are required to include a notice about its license (if I remember correctly).
by jacmoe
The game looks awesome!

I will definately go and buy it.

I visited your site, and browsed around a bit - and to my disapointment I couldn't find any reference to Ogre ...

Would be cool to have at least a tiny "powered by Ogre" logo somewhere ...

by qsilver
Sorry to be a party pooper, but you MUST distribute the Ogre source code as well as the precompiled DLLs. And your documentation has to indicate that the Ogre DLLs are licensed under the LGPL.

If you ship on CD, then you must offer the Ogre source code on CD as well. It does not have to be included in the box, as long as you provide an offer to the end user to receive it on CD for a nominal shipping/handling fee.

If your game is downloadable, the download site must also host a copy of Ogre, but you do not have to bundle them together.

Quoting Section 4 of the LGPL:

by sinbad
Linking to our site is enough if you used an unmodified version of OGRE, since the terms are that you make sure the source code to OGRE is available - you don't have to include it on the CD. I seem to remember the specific terms are that the source must be available for 3 years, and if we're not here after that time then we won't mind, will we?

by qsilver
It's really up to sinbad to decide if you're in violation of the license or not, so I won't press the point

But I remember reading a clarification from the FSF about the LGPL, where they said that the source must be available in an equivalent physical format (for example, a CD for people who purchase a boxed game but might not have 'net access).
by joi
i have just bought the game, im playing the game to see if its worth it... lacks of eye candy, but ive told the AI is good... lets see!

the first real serious ogre project i have seen.

what kind of modeler you guys used ? 3d max ? blender ? maya ?
how many artists you have ?

dont get me wrong, the game sound extremely nice for an open source engine.