I pushed the first few changes; the rest to follow tomorrow. I still need to go back over the Textures, and touch the GL end of the shader system, but that shouldn't be too bad (well, besides the multitude of languages GL supports)
Top

I pushed the entirety of the changes to OgreMain and RenderSystem_GL. It builds with VisualStudio; there are a few niggles building it with other compilers which I'm slowly working out.

Looks like early versions of MineCraft when you look at the "moon". 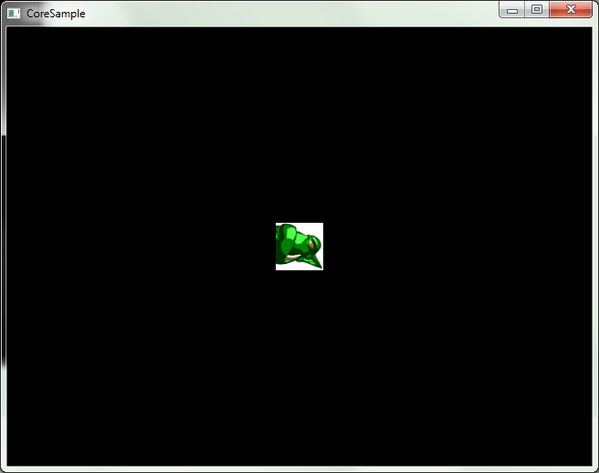 Also, I'll be posting future minor updates on Twitter to avoid spamming the forum too much
Top

A blog post - Looking to the future – Buffers and Textures in Ogre 2.0

The changes to the texture API discussed are already in. The addition of HBU_IMMUTABLE and TU_IMMUTABLE will be soon.
Top

Thank you for doing this

I'm excited to see how this turns out.

Also this will hopefully make it easy to include encryption and/or better compression formats to the resource list. I personally feel that .zip compression is too old and doesn't compress well.

Edit: Although I realize it is possible to do this with the current system, perhaps there is just a lack of examples :S The "obfuscated zip" is a great starter tutorial, but writing out into compression formats would be helpful too.
Last edited by JordanWeber on Fri Aug 23, 2013 10:54 am, edited 1 time in total.
Top

Hey Owen, do you have any latest updates for us?

Slowly, life returns to the engine. Tracking down a bug took a while... turns out, when I added immutable buffer support to the GL render system, I made a mistake in setting up the vertex buffer and the initialization data never made it to the hardware buffer (but did make it to the shadow buffer!) with, suffice it to say, suboptimal results.

We will see how many ways I've broken the script subsystem next...

You may surmise things are not quite to schedule. By the GSoC soft pencils down, I expect to have things back "as were" functionality wise; I'll add the extra codecs soon thereafter. They're things I need anyway for the project of mine which spurred this whole thing; those are definitely a matter of when, not if. Additionally, codec code tends to be simple; its' mostly a matter of adding code to translate from the library's formats to Ogre's.
Top

Scripts are back.
Top

Very nice! (I can't see the whole picture inside the forum though)

Earlier in that file...

It's a component which reimplements the functionality and behavior previously implemented by ResourceGroupManager and co. Existing applications should be able to relatively easily move to the DefaultResourceSystem.

The major differences are:

Destroying a group will make all of its' resources candidates for destruction; they will be destroyed as and when their reference count drops to zero. If unloaded, they will always fail to load.

(This ensures that group destruction is safe in the face of inter-resource references, for example)

I've been looking through the errors that have been generated as all the resource scripts from the samples are loaded (There were a lot). The most common of these are related to shaders.

I think next I'm going to be doing a major refit of HighLevelGpuProgram and co. The distinction has become troublesome, and is pretty obsolete anyhow.
Top

I recently had the idea to use installed fonts from system folders rather than bundling them with my program.
With fontconfig, I can easily get a list of installed fonts and their locations.
The problem I have now is that I can't simply add a resource without also adding its folder, meaning the resource system will be clogged with tons of other files that I don't want.
Therefore I would like to request a method of adding a single file to the resource system / a specific resource group. I'm not sure if you already implemented this - if so, can you point me at the right function to use?
Top

I've looked at the code of the resource manager plugins. Could you remove zziplib from your ZIP plugin? There are a few proposals in this topic: http://www.ogre3d.org/forums/viewtopic.php?f=3&t=70443
Top

Please forgive my ignorance, but what is the current status of this code?

I can see at the repo linked on the first page that there haven't been any additional pushes to the repo since the GSOC ended. I also see here that there were still some plans or at least indications of pending work, and it was said after the last push to the repo. Furthermore it looks like all the other GSOC's have made it into the Ogre 2.0 branch, but not this one.
Top

I think we're going to hold off until after 2.0 is a bit more stable.
Top

For my Autumn semester I was completely snowed under. I still want to get this done, but with the amount of things on my plate finding time to do so was difficult.

My Spring semester is a lot less crowded (45 credits instead of 75!). I hope to find time to wrap things up then (~February, after exams)
Top

Are there things you think external devs could help with? Or is the current code not ready for external help yet?
NetRush - Klaim's Den
Top

Would be great if you can sumup what is missing because atm I really do not know whats the state of this project is.

The resource system specific bits (Texture, GpuProgram etc subclasses) need porting to DX9/11 and GL3/GLES. This shouldn't take much work for each except DirectX 9, which will need some thinking.

The Overlays component needs quite a lot of work (Presently Overlays are Resources, but that doesn't mesh with the redesign. Probably Overlays should become non-resource things and new "OverlayTemplates" should be the resources or similar). Presently the Overlay component in the repository is kind of hacked up because I wanted to get the samples running and go through OgreMain bug hunting, but things get gnarlier and gnarlier the more I attempted to work around the impedance mismatch, so my conclusion was that going in and fixing it now is probably the easier option.

I think I'd finished converting the other addons (but double check that).

The samples were mostly ported, though they'll need further work around the Overlays because of the aforementioned parts.

Textures, materials and meshes, archives, codecs and script loaders and the default resource system are definitely in the working camp, so modulo bugs the core should be done.
Top

Is there already any kind of documentation about the feature and how to port code from 1.9 to the new resource system? I suspect not yet.
NetRush - Klaim's Den
Top

Sounds that we will need at least one more summer to get that thing as whole in the working camp so I wont hold my breath that we can merge that into 2.0. Do you have some docu written down as a pdf about the complete system you did maybe we can extract something out which we could put into 2.0?

I woudln't say it would take a whole summer. Converting DX11 should take ~a day; for GL3 and GLES its' very much copy and paste (with some modifications for newer APIs and differences) from the GL render system. DX9 will take a little longer (because it assumes it can synchronously pull in a resource multiple times when it needs to recreate multiple devices and it can't - synchronous loading is dead [and good riddance])

Overlays - a week doing it on off perhaps? What needs to be done is pretty clear, its just a matter of doing it.

From my perspective, once I get an opportunity to jump back into it then I don't expect the remaining work to take too long. The portions which took up most of the time during GSoC weren't the complex bits, but the tedious ones (that is, going through and converting all of the code to the new paradigm).


Wolfmanfx wrote:Do you have some docu written down as a pdf about the complete system you did maybe we can extract something out which we could put into 2.0?

I posted this earlier as an overview, and a blog post covering the HBU_IMMUTABLE feature I added.

Otherwise, there isn't much to be said. If you're just using Resource subclasses and the ResourceGroupManager - then your code should be relatively straightforward to translate towards the new DefaultResourceSystem. If you're implementing a resource or resource loader, that document should give you the high level overview, and I documented Resource quite comprehensively (I think) via Doxygen.

The trouble with extracting a sub-component is the nature of the changes. Modulo bugs, OgreMain and RenderSystem_GL are done. The hard part is that this has a knock on effect throughout the entire rest of the codebase. It was more of a marathon through the multitude of areas impacted rather than multiple short sprints through more targetted subsections.

As I say, I don't think there is much left to do. One more semi major module refactor (Overlays), fix up the samples, and then throw as many things as it as possible to flush out bugs.

(Oh - and reimplementing threaded loading in the default resource system, but that is probably a 100 line change considering we have Ogre::WorkQueue at our disposal)
Top

Thanks for these info, I'll read the document asap and will report if I have questions or comments.
NetRush - Klaim's Den
Top

Sorry for the delay, I'm overloaded with work but have read the document and have some remarks and questions to post here soon, I hope tonight.
NetRush - Klaim's Den
Top
Post Reply
83 posts