A place for employers, project leaders etc to post if they are looking for people to assist with an Ogre-based project. Please only post in this area if you have a _serious_ project proposition for which you already have something to show for.
Post Reply
1 post • Page 1 of 1

We are looking for 3D Designers and modellers capable of realizing 3D models and animate them for a Real-Time-Strategy game.
But before that, a small presentation of our project: ZV-1-Experimentation.

The project in a few words:
ZV-1-Experimentation is a Real-Time-Strategy video game, multi-player and on computer.
The game allows players, adepts, of the RTS genre to fight online on three simultaneous battlefields for three times the challenge and fun.
The project was born in 2012 as one year school project.
We started with a small 2D prototype and to our surprise, it worked well and was playable. So we decided to continue the adventure, and we made this small project into our graduation project. (Consequently, our fourth and fifth year project).
The long-term goal is to bring ZV-1-Experimentation to a « Free to Play » level and offer a real game to play with. 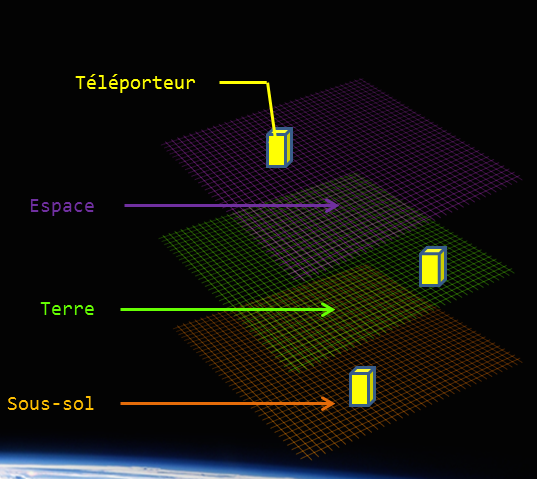 Schematics of the three level battlefield system of ZV-1-Experimentation.

The Story:
They are but a few tales left about the beginning of the apocalypse and the rare documents or testimonials about it are incomplete or wrong. Thus, we don’t know where the virus came from.
The only certainty is that humanity brought this devastation upon itself. Years ago, the virus ZV-1, an experimental virus, unleashed out of control and started transforming human beings into zombies, now called the Glairiors.
Others found sanctuary in exile to the depths of the earth. But they didn’t escape unscathed and mutations started appearing. After long years living underground, the survivors became the Sludgers, humans that took traits of their rodent counterparts on Earth.
Still conscious of their legacy, they took the decision to step out of their underground bunkers to reclaim the surface as their own. But as the war grows between the Glairiors and the Sludgers, the Octorians, and alien species, is taking advantage of the growing chaos to try and take control of the Earth for their own goals and break even more the fragile balance between the factions. 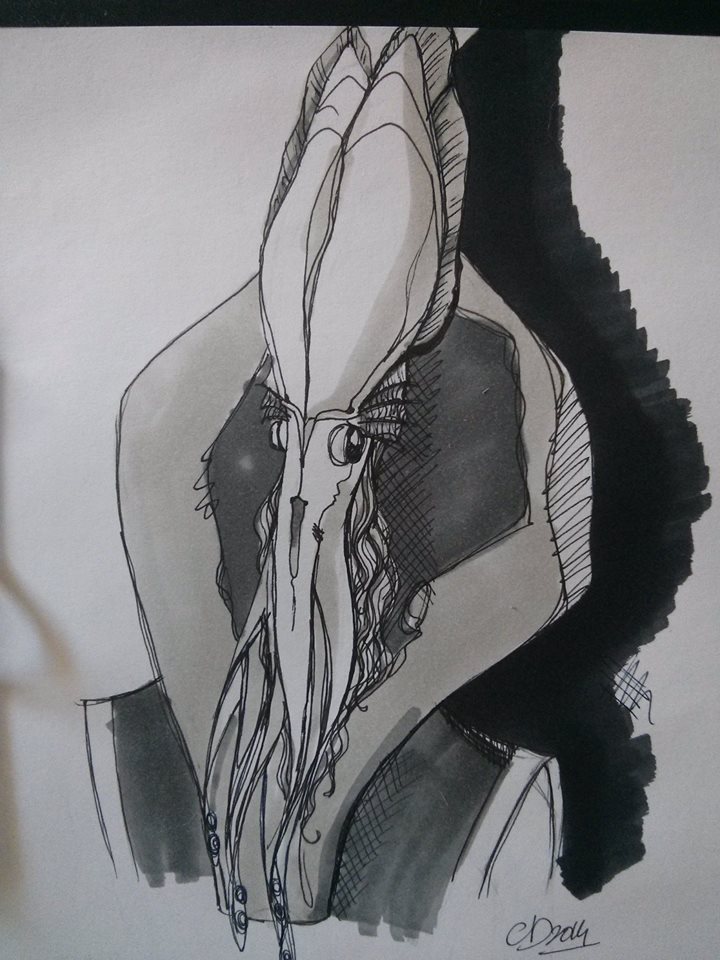 The Team:
We are currently seven french programmers on the project, we are doing our last year of university in Paris (You can check our website for more details on the team; link will be at the end of this post  ). We also have a sound Engineer and composer, a drawer and 2D designer helping us.

Current State of the Project:
The project is currently in closed Alpha, but as the engine is nearly finished and debugged, the beta tests will open in December.
The transaction server (game listing, creating and joining game rooms, choosing a faction to play with etc.) has been finished for some months now and is fully functional.
The game server, which monitors the games mechanics, is also finished and stable for the last several weeks.
The game client is nearing the end of its functional development. Gameplay comfort, enhancements and optimisation are still needed, but the biggest and hardest part of development is now past us.
Please note that ZV-1-Experimentation is fully playable on windows, Linux and in a note too long future, on MacOs. 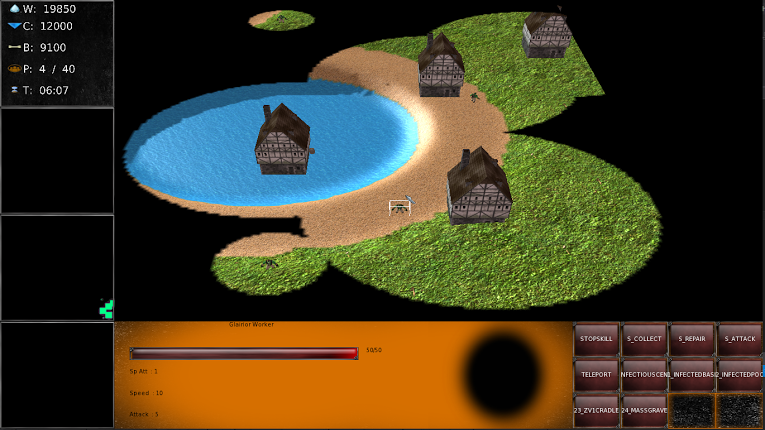 Old screenshot of the game in alpha build.

What we need:
If the programming side of things is nearly finished and only needs to be maintained or enhanced. We, as of today, do not have a visual identity or style. We are currently using the basic models in Ogre or free 3D models found on the web. These graphics are not what we want, and aren’t truly representative of the universe of our game. It also goes without saying, that we have quite some problems with these models (animation, texture etc.).
Thus, we are looking for one or several motivated 3D Modellers/animators, capable of creating such assets and animate them.
Please note that this project is made by students and we cannot offer anything else but recognition and give you credits as we lack financial support.

Our technologies:
We do not use any kind of engine in our project, and apart from the following libraries, we made everything from scratch: Useful Links:
For more information, please visit our website (in French only for the moment) :
http://eip.epitech.eu/2015/ZV1Experimen ... %23Project

The version available is a very early alpha version and will be changed in the not too distant future to the beta version. Because they were many fixes, corrections and added functionalities during the alpha. Please, do not be surprised if the version is different from what I described you.

We also advise you to watch our little homemade video presenting the project (the video is also available on our website) in order to have a better understanding of the game mechanics we put in place (the three battlefields).
[youtube]cWRTTc0kOGU[/youtube]

At last, but not least, if you wish to join us on this adventure, you can send us a mail to the following email address:
zv.1.experimentation@gmail.com

We gladly take any feedbacks, advice or remarks concerning our project. You can send them to us by email,
or on our Facebook page:
https://www.facebook.com/zv1game
Or even on Twitter:
https://twitter.com/zv1eip
Or by answering on this very post!

Thanks you for reading