A place to show off your latest screenshots and for people to comment on them. Only start a new thread here if you have some nice images to show off!
Post Reply
25 posts • Page 1 of 1

For the moment I just modified the shadow receiver for volume maps, but the results are good for just some hours.

FPS are low, but at the moment all slices are independant objects, it should be faster with all slices merged in one object.
I must also clip the slices to the light frustrum, but I don't know how to do this, if somebody has an idea

And finally, improve the general lighting model of course.

The slices aren't currently linked to the camera, It is really a quick test . 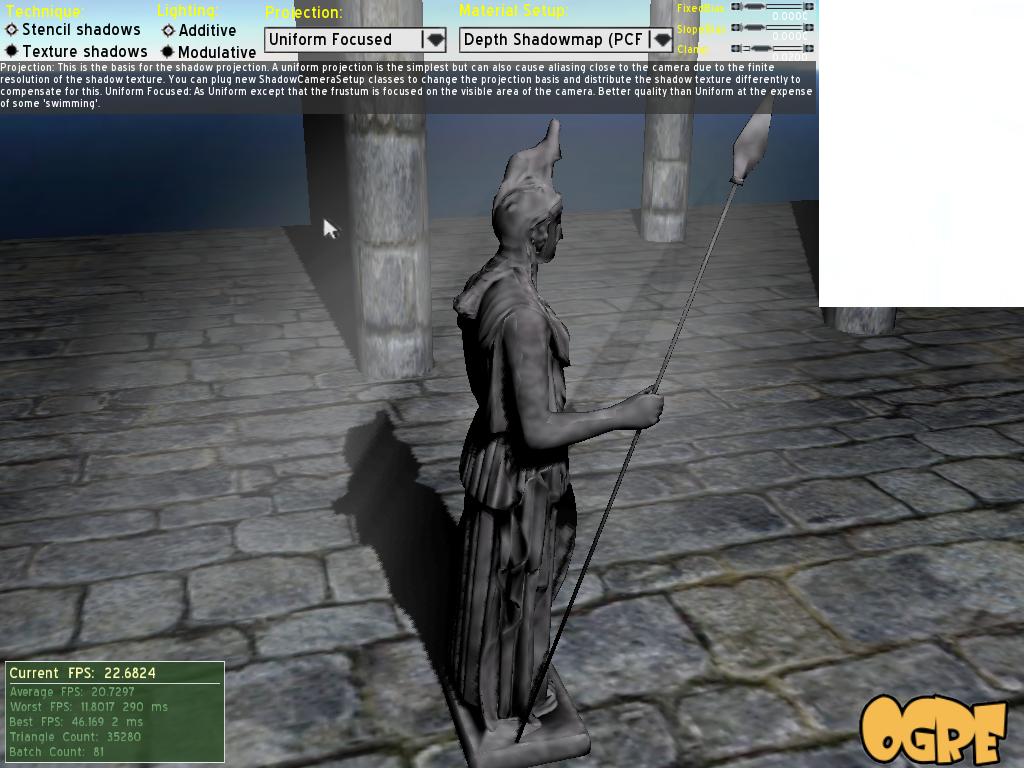 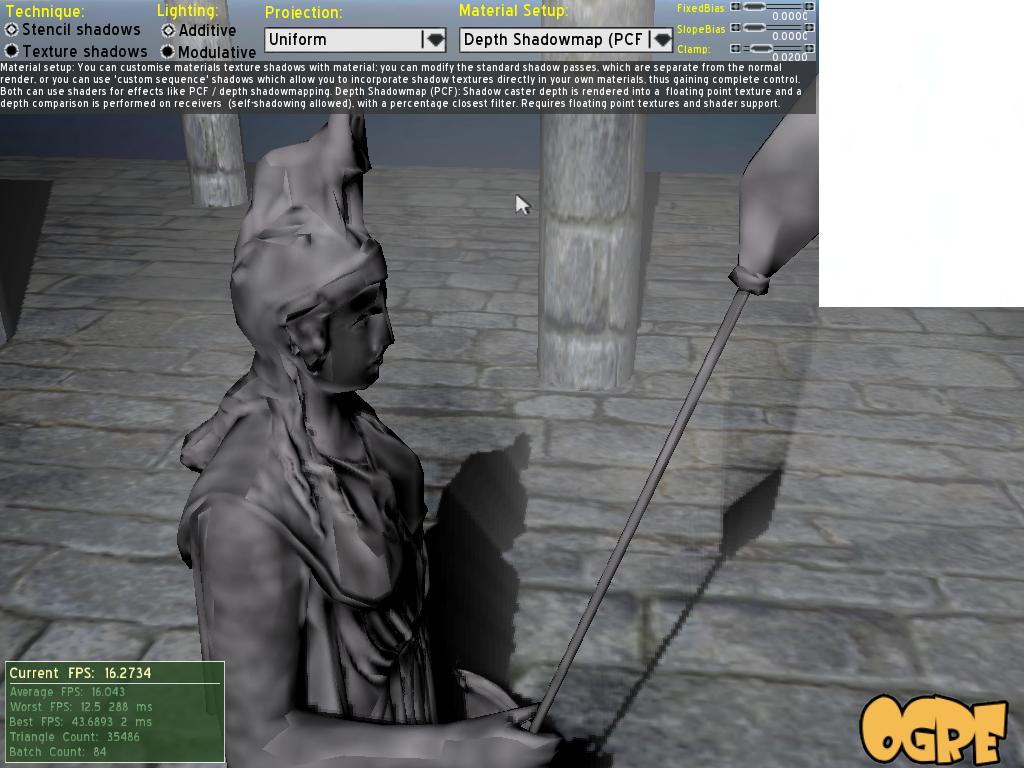 Crashy wrote:inspirated by far from the Shader X3 code.

In fact it's "inspirated " for the global idea. But the fragment shader given is not copy-pastable directly in Ogre. And it is really more intersting to make my own code for such a thing(over Ogre code of course ) , as it is a personnal work to learn new things.
Follow la Moustache on Twitter or on Facebook

w0000t!! Dude, this is seriously cool! Just too bad about the performance...

No offense meant, Crashy!
I know you work wonders with shaders!

Looks like I jumped to conclusions and put your comment in context of recent discussions about the ShaderX code being under the GPL - sorry!

No problem, I'm not aware of this discussion

that's really awesome
I've been wandering around it for sometime ,but couldn't get the planes right
how did u do it?

For the moment planes are just basic planes with a fixed orientation.

I'm wondering if the planes must follow the camera in both translation and orientation, or just orientation. After all it depends on what you want to do with this effect.

For orientation only, I think simple billboards or particles should behave fine.

About optimisations, clipping is really necessary. But as far as I know, there is no way in OGRE to define custom clip planes to clip only one object, is there?

I was thinking of alpha testing to reject the most pixels possible, but I didn't see a significant fps improvement.
Maybe a discard/kill call the earliest possible in the pixel shader, but I'm not sure it may improve fps.
Any idea for optimisations?

Anyway, here are some screens of enhencements of the lighting model, with a notion of attenuation.


I'm using 30 planes for this result. Using a smoothed shadow texture may resolve the visibility of the slices.

If I can get that thing working at a decent framerate, no doubt the sample will be released

i have no idea if it's useful or not ,because i didn't see it running with my code yet
Top

Mmmh yes that sounds good. I'll try next.
I've made a test with particles but it wasn't pretty, as it is difficult to setup correctly their position in space.

Simple billboards are far better.
Some pics of a test with a torus knot, because the spear of Athena is too thin and the shadows on the slices are ugly when the light direction is orthogonal with view's direction.

Some pics with 20 billboards 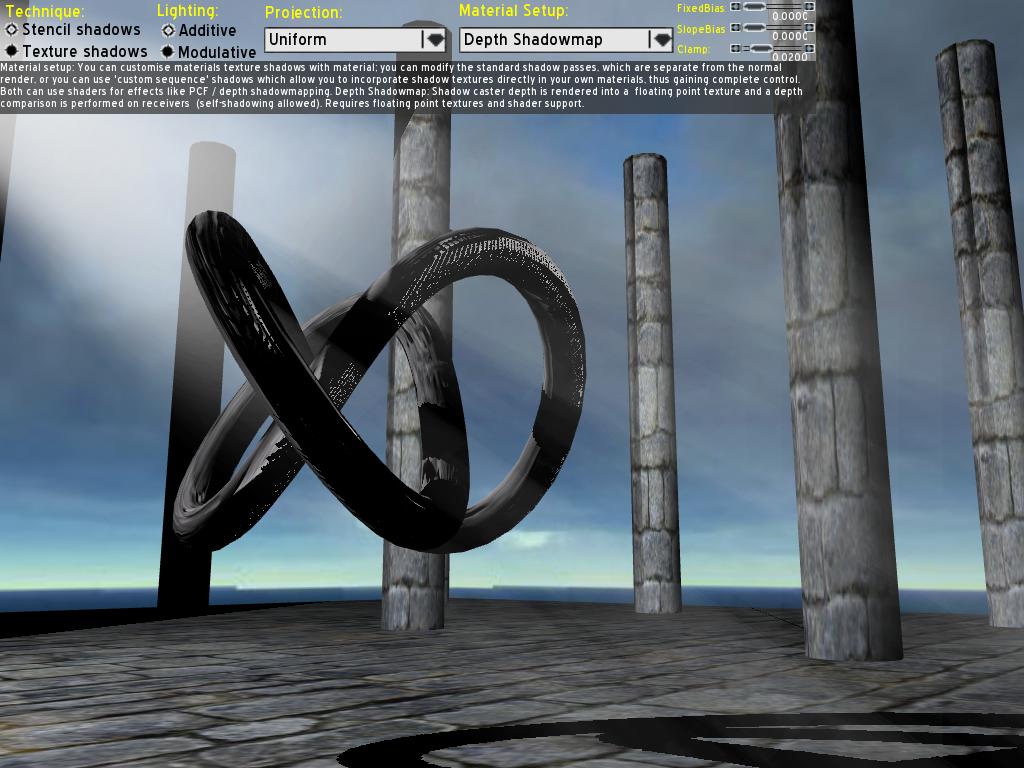 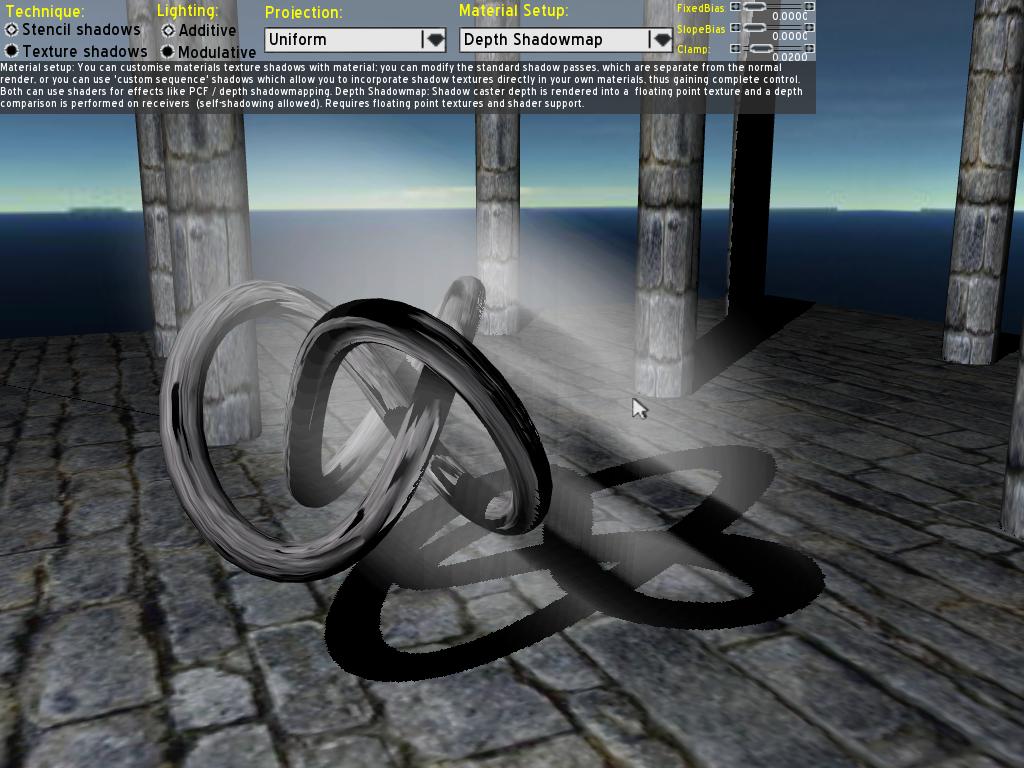 Just wondering, in case you release this shader one day, will I have to get a better graphic card

I've had too less free time this week to really work on it, but yes, this shader will be released.
Follow la Moustache on Twitter or on Facebook

Thanks for the comment
I jsut got a new computer and more free time, to finalize the code&shaders and release a little demo.

Err...ShaderX series code are all GPLed? So no copy paste into our own application?
Top

syedhs wrote:Err...ShaderX series code are all GPLed? So no copy paste into our own application?

Inspired by ShaderX, not copied from

Sorry for not making myself clear. I bought ShaderX2 and understand a few of the articles therein - in this context, I cant use the shader/code for my own application?
Top

You should know what the GPL means, syedhs.

Unless you are GPL'ing your stuff, you need to do some thinking on your own.

Yes of course I know what GPL is all about - it is just that to my thinking when you buy a book, you are also entitled to everything inside

And some code examples in the book are pretty complete and elaborate, it is hard for me to think that those are all GPLed even to the book buyers.
Top

I feel that way too, but I am pretty sure they mean it..

Okay I really dont want to hijack this thread, but creating a new thread is not worthwhile either

. But I flipped to the last page of ShaderX2 book and I noticed the 'CD/Source Code Usage Agreement' section and the last point says,

You may use the source code, techniques and example programs in your own commercial or private applications unless otherwise noted by additional usage agreements on the CD.

It pretty contradict with GPL doesnt it? Maybe the GPL thingy is when Wolfgang Engel has proposed not too long ago that he wants to publish the earlier version of ShaderX (maybe ShaderX2 too) for free on the internet and this is to be GPLed.
Top

Hi everybody.
I've been re working on it the last days, doing some little tests in the code.
Nevertheless, I cannot speend more time on it for a while, so I decided to clean thecode, upload it and give it to the community.
But that's not a big gift I make, as the shader is almost the one for depth shadow mapping, just a few lines changes.

Here it is:
http://crashy.cartman.free.fr/light_sha ... hShafts.7z
There is a source + a binary demo.


a screenshot with 50 planes and a better attenuation than the previous ones. 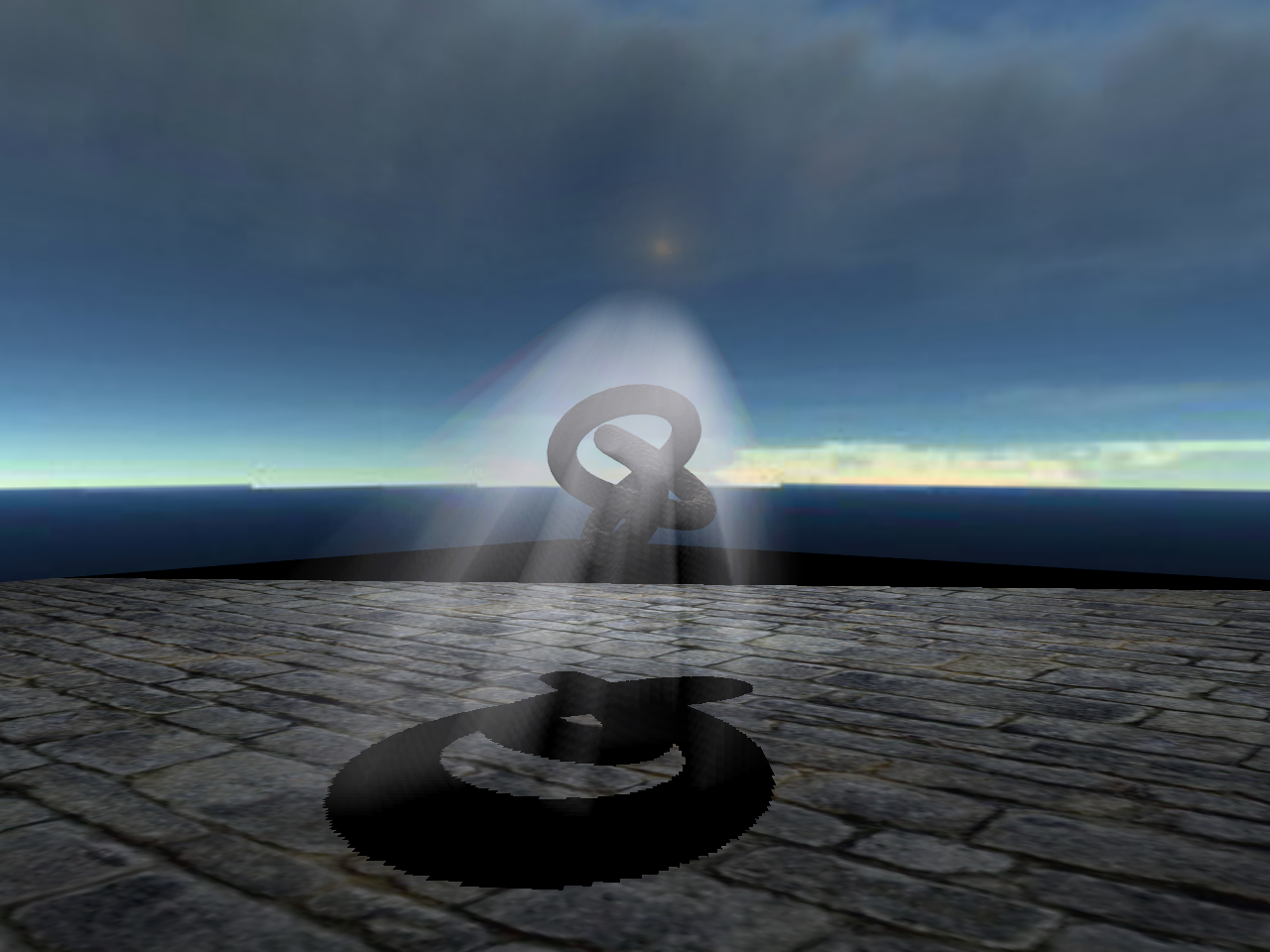 As I wrote before, the big challenge is the optimization, and one of the key optimization is to clip the billboards in the light fullstrum. I currently don't have time to do that, and I didn't want to keep the other stuff already made for me until I had time to write it.

Oh, I forgot to say that I made only an hlsl version of the shader, so directx only for the moment.
Follow la Moustache on Twitter or on Facebook

Gee, this looks really good! Pitty, we can't have this in our project, our
programmer's busy till February 2050

No matter what - I love
volumetric effects and these are just perfect!
"Threehandled Mosscovered Gredunza"
Top
Post Reply
25 posts • Page 1 of 1